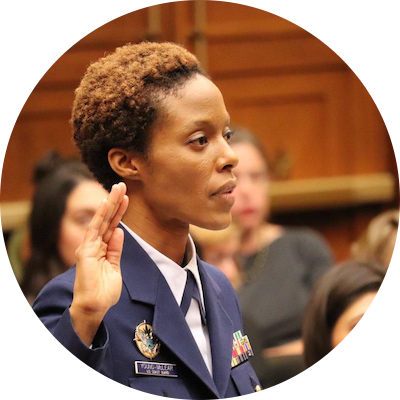 Dr. Kimberly Young-McLear is a Black, queer, scholar, activist, strategist, engineer, cyber professional, and educator who is unreservedly committed to human resilience, human dignity, and human rights. She is an innovation and anti-oppression thought leader focused on results. In 2019, she was one of few LGBTQ active duty service members invited as a State of the Union Guest of Honor. Kimberly represented Connecticut’s 2nd District for her tireless efforts to stand against systemic bullying and harassment in the Coast Guard. Following her public testimony at a joint Congressional hearing co-led by Chairman (late) Elijah Cummings and Chairman Bennie Thompson, she has been credited for the advancement of various work environment policy and legislation. As a whistleblower and survivor of workplace psychological bullying and other forms of violence, she leverages her own experiences to build coalitions centered on dignity, systemic change, justice, and liberation. Kimberly has numerous publications in peer-reviewed journals and has been invited to speak at national events on a wide range of justice topics. She has been featured in numerous outlets, including, The New York Times, Associated Press, Reuters, Forbes, and a cover issue of Glamour. 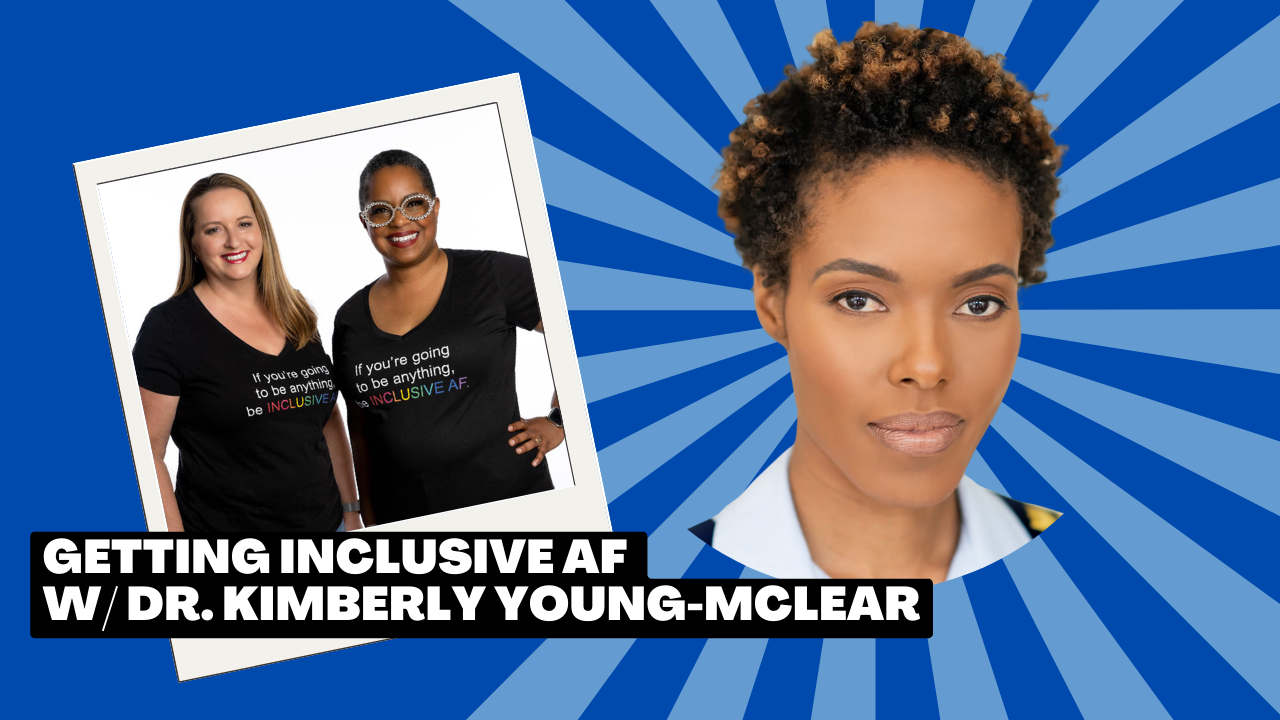 Wow! Wow! Wow! In this episode, Katee and Jackye get to speak with Dr. Kimberly Young-McLear. She is a Black, queer, scholar, act…